Writing in the 1950s, the poet David ‘Gwenallt’ Jones suggested that the saplings planted in Welsh landscapes would grow to become the “trees of the third war”. This war was perceived not as military, but cultural, a struggle against the erosion of a deep-rooted traditional way of life in rural Wales. Earlier, in the 1920s, the newly formed Forestry Commission in its first wave of planting set out to rebuild and maintain a strategic timber reserve as stocks had been seriously depleted by the demands of the First World War. It is the case that the emergence of industrial forest plantations across Wales in the twentieth century often evoked notions of conflict, culture and nationhood.

It has been argued that photography played a key role in the ‘imagining’ of nationhood. People in the nineteenth century, often living within fractured nation-states, were encouraged to conceive of themselves as members of one nation through sharing a set of common experiences and a common heritage of monuments and landscapes. The twentieth century would witness the pithead and slagheap-hills of the Valleys becoming the monuments and landscapes that symbolized an extensively mediated Wales. Yet this representation was contentious in a nation heavy with binary opposites such as rural/industrial, antiquity/modernity, romantic/sordid, with the opposites essentially aligned with Welshness/Englishness.

The Forest series explores and responds to the ways in which the nation’s forests have reflected conflict, culture and nationhood. Not least it offers a chance to consider the possibility that fir trees and newer ‘designed’ forests have become fitting ‘monuments and landscapes’ for twenty-first century Wales. 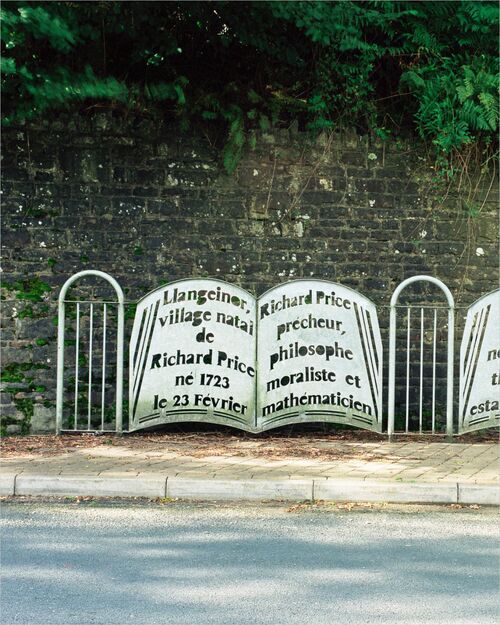