End of The Row

END OF THE ROW

The fervour in which the building of houses for industrial workers was undertaken in the Valleys during the nineteenth century offers a powerful example of an extreme transformation of a society and its environment. The valleys were shaken out of their tranquil rural solitude into dynamic industrial activity and eventually to decline and decay. Today’s ubiquitous rows of terraced housing neatly stand as monuments to a once-vibrant past.

The early twentieth century witnessed the once-green Valleys becoming choked by colliery, terrace and slag. Until the first world war the demand for housing outstripped supply with the result of significant levels of overcrowding and poor sanitary conditions. The Great Depression threw the housing stock into decline; it was also the time that photographers and filmmakers were drawn to document the Valleys for the emerging mass media markets. This was a time when a particular image of the Valleys was formed, with the rows of terraced houses becoming signifiers of poverty and decline.

As the Valleys re-green following the demise of the coal industry, the original purpose of the houses as homes for miners has gone. They stand in a world very different to the one in which their foundations were laid. They are homes for commuters not miners, yet their symbolism remains deeply rooted in the past. The photographic series End of the Row reflects upon this symbolism and the new relationships between these houses, the landscape, and a society adapting to the needs of life in a post-industrial culture. 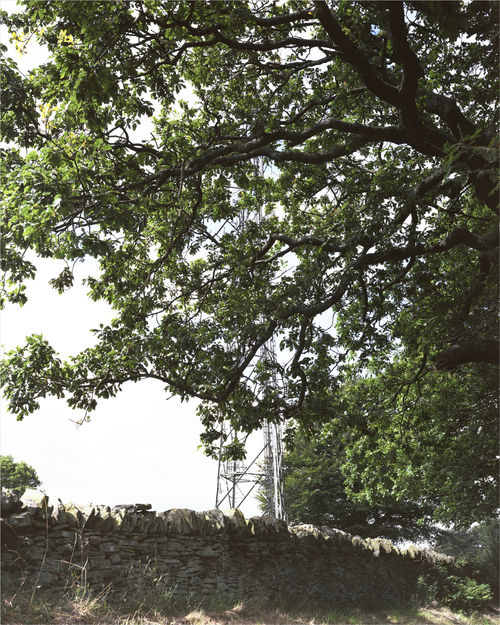