The photographic series Outlook focuses on a roads that were built in the 1920s to improve the communications networks in the Valleys.

A significant contribution to this project came from the photographs taken of the roads as they were built. Produced as a record of the construction of the roads, a series of photographic albums were presented to the key figures involved in establishing the roads by the contractors who built them. Five Inter Valley Roads were constructed between 1925 and 1929 with the cost for their construction being shared between Glamorganshire County Council and the Ministry of Transport. 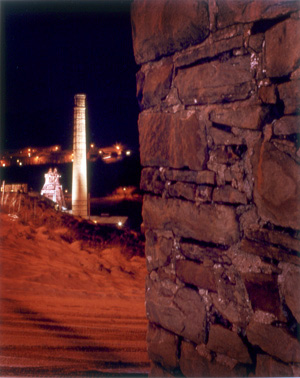