The photographs in the Powerlines series respond to the optimistic images taken for the South Wales Electrical Power Distribution Company (SWEPD) in the 1920’s. These older photographs are the antithesis of the more widely disseminated images of depression and economic devastation of the same period, which were generated by photographers, filmmakers and writers.

The photographs in the Powerlines series, like those of the historically less visible photographs of the SWEPD of the 1920s, celebrate the specific rather than the generic. The poles that traverse today’s Valleys landscape follow the similar linear pathways as their precursors. They are photographed sequentially, and the subsequent portraits suggests an individuality that resonates with that which had been bestowed upon the earlier poles and towers through their documentation by SWEPD.

The Modernist enterprise of power distribution has, to a large extent, been a successful one. The bright future that the electricity lines represented in the 1920s has been replaced by one that is less certain. In the early 21st century, which experiences the proliferation of the pervasive effects of globalization, the need to celebrate individuality and cultural specificity has perhaps never been more important. 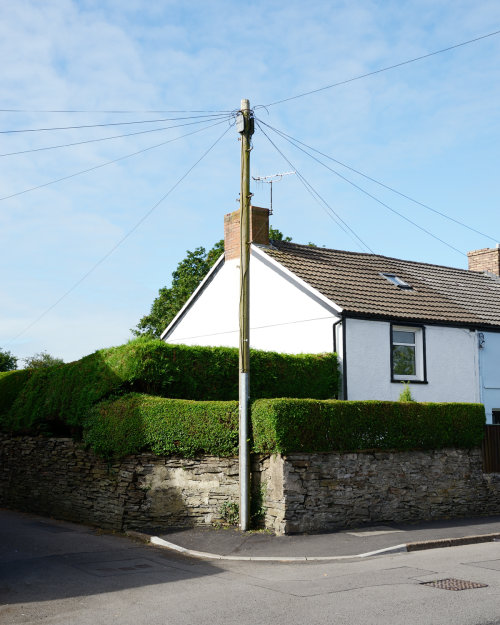